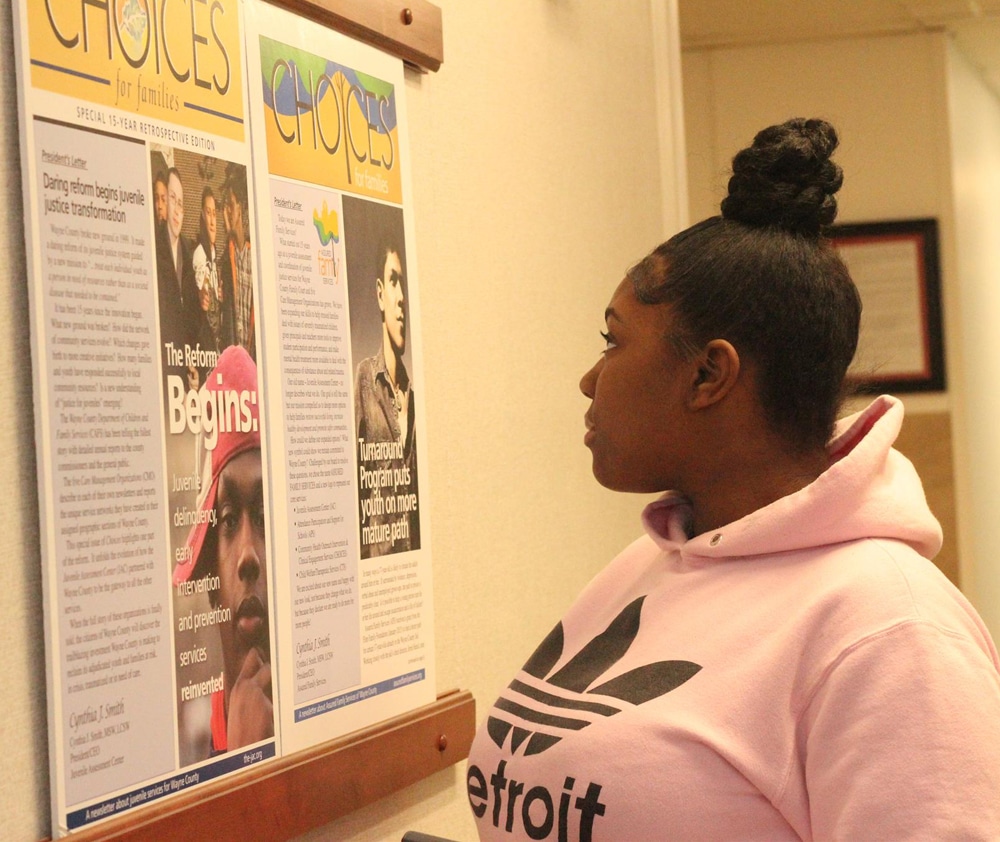 Assured Family Services was founded in 1993. Assured Family Services was founded as a collaborative of child welfare and juvenile justice agencies focused on better services and better continuity of care for Michigan’s children and families under court jurisdiction. In Wayne County we became known as the Wayne County Juvenile Justice Assessment Center when we were contracted for coordination of juvenile youth from Wayne County.

Our services grew in the juvenile justice area where we combined the best expertise in juvenile justice, behavioral health, utilization review, and community services. We led in the formation of a culturally competent network of providers and created a visionary new approach to reclaiming youths and families, making communities safer and managing dollars better. This expanded to child welfare children and families, prevention, at risk and diversion services in 2003. Every aspect of our services was to assure timely accurate assessment, access to appropriate services and levels of care and partner with colleagues to assure better treatment for each family and youth.

In response to changes in the many systems affecting youth and families, Assured Family Services became a Wayne County Community Mental Health credentialed Children’s Service agency in 2007. Since that time we have been able to provide broader and more useful services to all families and youth with in-home behavioral treatment under our CHOICES services. You or your family member can call us at 313-896-1444 (ask for Delmarshea Lloyd or the Intake Staff) to request services. We offer timely appointments and skilled clinicians to meet your specific needs.

History of the JAC organization

The Juvenile Assessment Center (JAC) or renamed Assured Family Services (AFS) in 2015 is the only organization of its kind in the United States. In the late ‘90s the county of Wayne, Michigan faced a takeover of its juvenile justice services by the federal government. The treatment of pre-adjudicated and adjudicated youth was reduced to only one option – the removal of all adjudicated youth from the community. Having run out of residential spaces in Michigan, the State moved 200 Wayne County youth to other states, resulting in a financial dispute between the State and Wayne County.

Legal and legislative decisions led to Wayne County being offered the opportunity to become a county-run juvenile justice system. This opened the way for collaboration among the county, the court, the prosecutor, the sheriff, and local service agencies. In July 1999, an innovative series of start-up processes were carefully developed in less than six months. Using the latest informational technology, desired measurable outcomes were written into performance-based contracts and a new operational handbook was developed to guide all the partners. This new model, built for speed along with success as an incentive, was created to allow Wayne County to take responsibility for all of its adjudicated juveniles. This radical solution became the Juvenile Assessment Center and Care Management Organization system and seemingly overnight it changed Wayne County’s almost total dependency on out-of-home care. Adjudicated youth were now able to be supervised and treated in their own communities, allowing for close family involvement and intensive case management and coordination.

Because of the unique partnership among the Wayne County Department of Children and Family Services, the Detroit Wayne Mental Health Authority and the JAC, each department of the JAC is a piece of a larger picture that showcases our commitment to our mission and to meeting the needs of the families of Wayne County.